First, test your knowledge of oceans with this trivia quiz

Now, read some information about the 5 oceans of the world

The Pacific Ocean has a surface area of over 63 million square miles. It stretches from the western coasts of North and South America to the eastern coasts of Asia and Australia. It is believed that the earliest migration using the Pacific Ocean occurred around 3000 BC when the Austronesian peoples of Taiwan used their canoe travel experience to travel to the Philippines and various islands near Micronesia and Polynesia. The earliest known travel and contact by European explorers in the Pacific region took place during the Portuguese expeditions of António de Abreu and Francisco Serrão in 1512 where they reached the Maluku Islands near Indonesia.

The deepest point in the Pacific Ocean is known as the "Mariana Trench". It is a crescent shaped area of the Pacific located between Japan and Papua New Guinea. The deepest point within the Mariana Trench is known as "Challenger Deep", having a depth of over 10, 900 meters. It was named after the British Navy Ship HMS Challenger whose 1872 recorded the first findings of this deep location. This region is so deep that sources show that if Mount Everest (the world's highest mountain) were dropped into the Mariana Trench, it would still be covered in water.

The "Milwaukee Deep" is found 76 miles off the coast of Puerto Rico and is part of the trench system known as the "Puerto Rico Trench". At its deepest point, Milwaukee Deep is estimated at roughly 8380 meters, making it the deepest point anywhere outside of the Pacific Ocean. It was named for the light cruiser that discovered this point, the USS Milwaukee (CL-5) in 1939.

Despite the fact that the Sargasso Sea has no land boundaries, it is classified as a "sea" due to the fact that it is bound by four different currents, causing it to be surrounded by what is called an "ocean gyre". Within the Sargasso Sea is an array of unique seaweed known as "sargassum" while the water itself is known for its distinct blue color. It is also known for the migration of unique species of marine wildlife including the European and American eel and it is believed that the Loggerhead sea turtle uses the surrounding currents to travel to the Sargasso Sea. Sadly, the ocean gyre that surrounds the sea is responsible for a collection of plastic waste known as the "North Atlantic Garbage Patch".

The Indian Ocean is the third largest in overall size of the five major world oceans. Spanning from the east coast of Africa to the southern coast of Australia, this massive body of water covers over 70 million square kilometers of Earth. Historically, the Indian Ocean has been a very important means of transportation and shipping of goods. The ocean was used by the Portuguese and the Asians; trade of various goods including silk, gold, medicinal herbs, and perfumes was common during the 16th and 17th Centuries. The spice trade was also influenced by the Indian Ocean, specifically in Sri Lanka and India. During the 17th Century, a base was established in Sri Lanka, particularly for the cinnamon trade while ginger and pepper spice were shipped from the Malabar coast of India.

As the Indian Ocean has historically been important for shipping and trade purposes, three major rivers of the world have all been affected by its presence. The Zambezi, the fourth-longest river in Africa, provides an extensive supply of exotic fish, is used for agriculture, and its location within a valley provides rich deposits of coal and fossil fuels. Shipment of these goods is often done by way of the Indian Ocean. The Ganges and Brahmaputra Rivers both flow into the Mouth of the Ganges at the Bay of Bengal which then extends into the Indian Ocean. Both of these rivers are important to the peoples of India and Bangladesh for religious, economic, and subsistence reasons. The fertile soils found around these rivers are a good source of rice, sugarcane, lentils, and fish that are often exported by way of the Indian Ocean.

The Southern Ocean is the fourth largest of the world's five major oceans measuring in size at over 20 million square kilometers. It was named as the fifth ocean in the year 2000 after parts of the Pacific, Atlantic, and Indian Oceans were re-divided south of the 60 degrees S latitude. Economically, the Southern Ocean is important for the fishing and shipment of krill and the Patagonian toothfish. A variety of research stations for both military and scientific research have also been set up around the Antarctic continent and are accessed via the Southern Ocean.

The Southern Ocean entirely surrounds the continent of Antarctica. It is believed that this ocean contains large bodies of oil and gas reserves as well as nodules of manganese. Icebergs are known to break from the Antarctic continent making the Southern Ocean one of the most dangerous oceans for ships and transportation. It is also subject to high winds and extreme winter conditions. The biodiversity within the Southern Ocean is very unique and contains species of wildlife that only found primarily within this region. Examples of wildlife include the Weddell seal, the leopard seal, the emperor penguin, and the South Georgia pipit. Over 1000 species have been discovered in the Southern Ocean region and Antarctica including mosses, lichens, and algae.

Of the five major oceans in the world, the Arctic Ocean is both the smallest in size and also the shallowest in depth. It spans from the most northern regions of North America to almost completely surround the northern regions of Europe and Asia (Eurasia). It is unique in the fact that it is located in an extremely cold climate and is partially covered in ice throughout the year (and often completely covered in ice during the winter months). Due to low rates of evaporation and a steady stream of fresh water coming from various lakes and rivers, the Arctic Ocean has a salt content of between 30 and 34 parts per trillion (ppt), making it the lowest salinity of any of the five major oceans.

As the Arctic Ocean spans from North America to the far northwestern regions of Europe and Asia, there are various port towns and cities that are important economic areas of the north. Barrow, located in northern Alaska, is an important port town for the United States. Due to its remoteness, goods such as groceries and clothing are brought in by ship to the people of the community. It is also important for the shipping of oil and mining within the region.

Murmansk is a port city located in northern Russia. During the First World War, it was used as a shipping port for weapons and supplies. Due to warm currents, Murmansk is an ideal shipping port as it remains ice free for most of the year. Today, various products are shipped out of the region including metals and mined goods, various foods and fish; it also houses various fishing fleets.

Kirkenes, located in the northern region of Norway, is a terminus for the Kirkenes-Bjørnevatn Line, the second northernmost railway in the world. Iron ore is transported by railway to Kirkenes from the surrounding area to be exported by ship. The community is heavily influenced by Russian culture as is denoted by the Russian Market. Various traders ship their goods into the community such as handicrafts, porcelain products, and even matryoshka figures to be sold to locals and tourists. 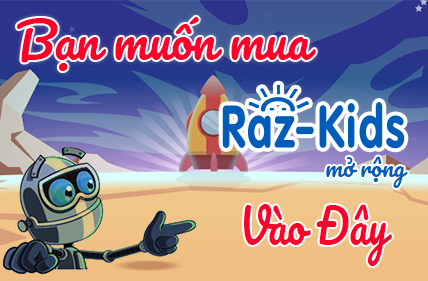 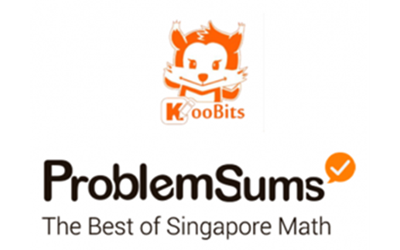 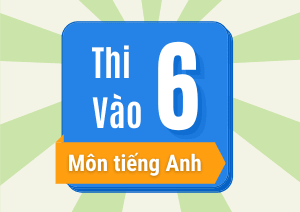 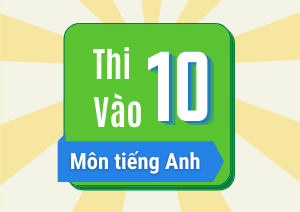 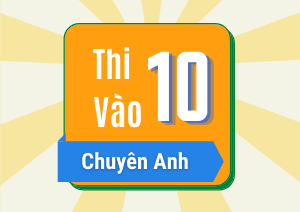 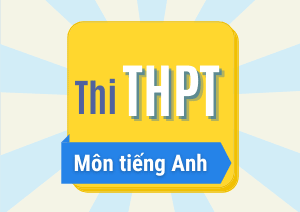 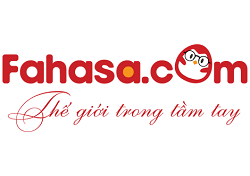 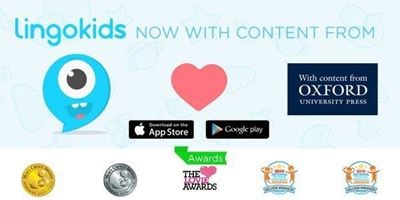 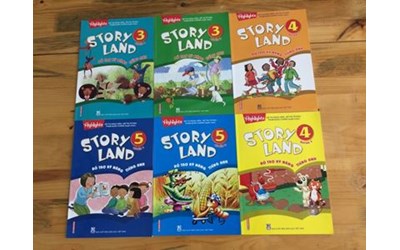 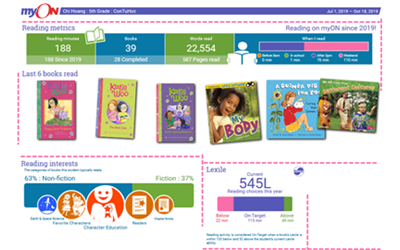 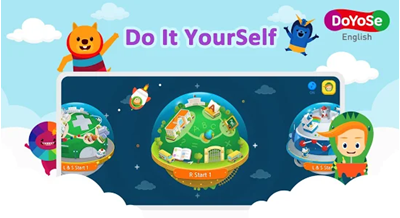 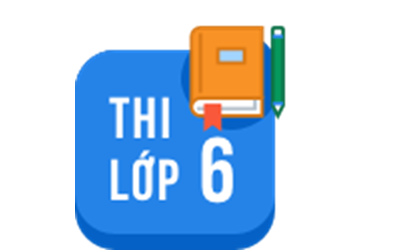 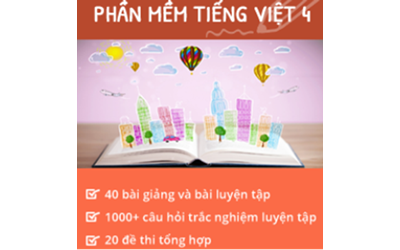 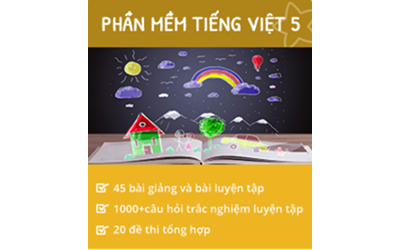